Some kinds of repetition are powerful: in comedy, for instance, or when learning something new. Other kinds are powerfully exhausting, as was the case with the burn area I was in today. I had a quick ascent to Peeves Pass (a great name) and some panoramic views to the west from a high ridge, views which included the snow-clad point of Mt Baker in a visually thrilling sign of my proximity to Western Washington. Around 10am I first entered the burn, spiny bare trees and brushy undergrowth from a 2007 fire, and except for a few times within the first hour where I just flirted with the edge of it, I’ve been in the burn all day.

The fire must have been very hot. All trees were killed and the ground eroded wildly in the intervening years. The trail is pretty much a mess, though followable with a keen eye. It’s clear a crew came through at some point after the burn and cleared some blowdowns, but not this year and possibly not last. At first the burn was interesting, a stark contrast of silvery taupe trunks like a field of toothpicks agains the deep blue summer sky. Eventually it grew monotonous, aided in part by the hot afternoon sun and the total lack of shade. The eroded tread was sometimes a little treacherous, especially with my problem ankle, and I grew a little tired of watching my footing so very closely. Though a bit tedious, it was broken up by a ford of the Pasayten River, whose bridge must have been massive before it burnt in the fire,as evidenced by the big concrete footings still in place on the river banks. The water was refreshing on my achy feet, and after crossing I sat in the sun on the bank and ate a late lunch.

I’m camped in the burn, but at the very edge. I should leave it first thing tomorrow. Later in the day tomorrow, my trail will join the PCT for about 13 miles, which will be both scenic and maybe nostalgic for hikes gone by. 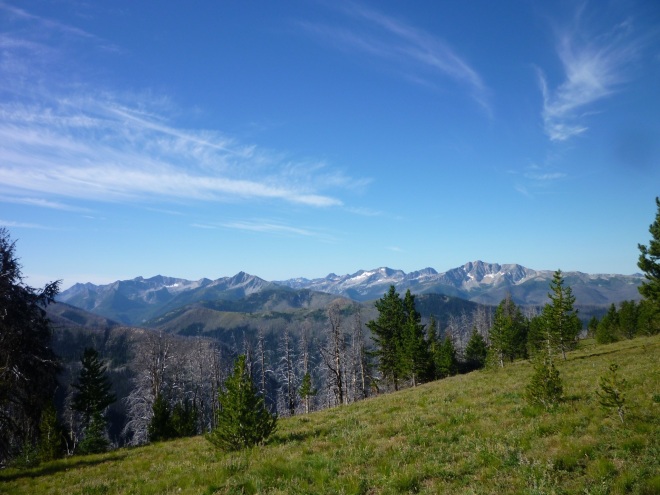 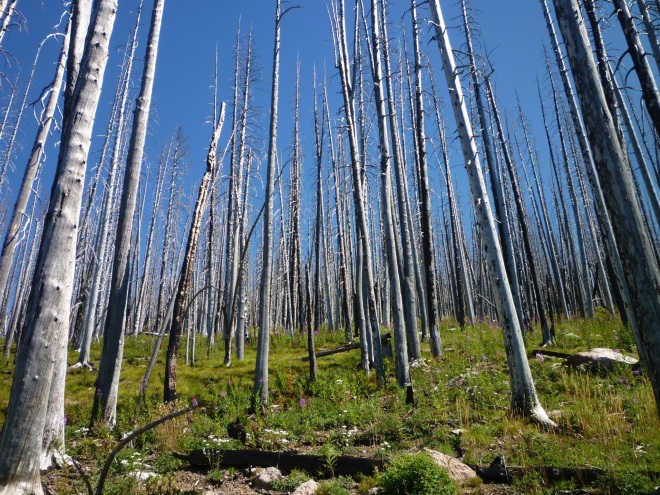 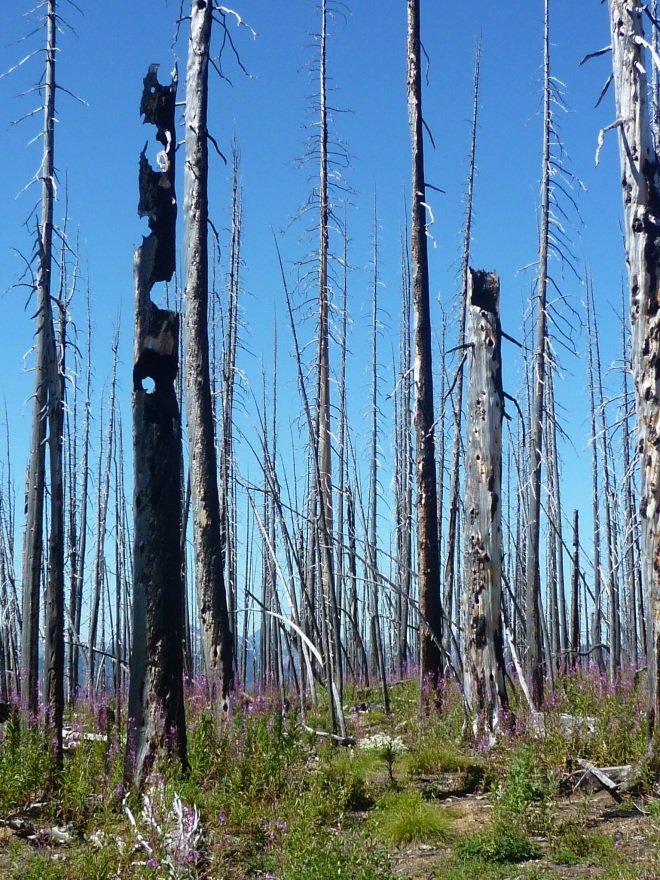 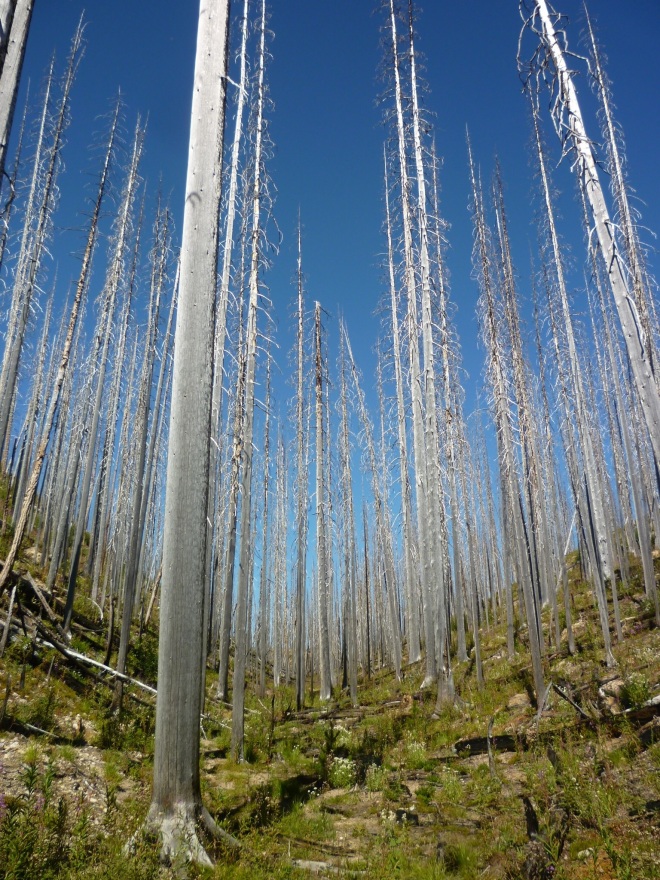 Look at the white of these trees! 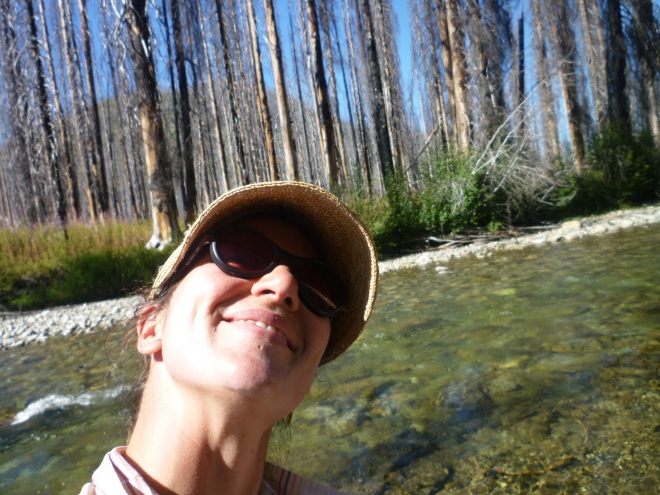